This post is part of an occasional series highlighting a project finance article or news item from the past. It is often interesting and thought provoking to look back on these items with the perspective of months, years or decades of further experience.

With this installment, we turn to an article that first appeared in the February 2003 issue of the Project Finance NewsWire and was written by Chadbourne partner and head of the corporate practice, Allen Miller.

This article is particularly timely as we are seeing more emphasis on project M&A, due in part to the seemingly insatiable appetite of yieldcos for new assets. There is more liquidity in projects than in quite some time.  Companies that typically hold and operate assets are thinking about selling due to higher valuations.  Companies that typically sell assets are finding the process a little smoother. 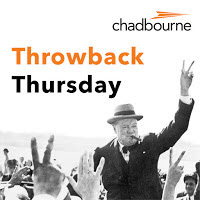 Project Sales: Traps For The Unwary

by Allen Miller, in New York

Merchant power companies seeking to sell or refinance projects to increase liquidity face wary purchasers or lenders who are giving renewed scrutiny to a number of legal issues that extend the due diligence inquiry well beyond examination of the project and the contracts to which the project company is a party. In many respects, the law may not be what one thinks it is. What follows is a discussion of a few traps for the unwary.

1. When Consent May Be Required Even Though It Isn’t.

Every purchaser, lender, seller and borrower knows the importance of ascertaining whether contractual consents are required in order to consummate a transaction.

The problem with this analysis is that there are troublesome court decisions that might be construed to impose on sellers the obligation to obtain consents to stock transfers in certain circumstances even though the contract by its terms imposes no such requirement.

Federal courts in the 9th circuit (which includes California, Oregon and Washington) appear to have concluded that the sale of 100% of the stock of a “shell” company that owns an equity interest in a lower-tier entity may be deemed the same as the direct sale of the equity interest in the lower-tier entity for purposes of analyzing consent or right of first refusal provisions, even though the relevant contract provisions are silent on the issue of change of control.

The approach adopted by courts in the 9th circuit could have some superficial appeal to other courts concerned with the equitable rights of contracting parties, but it has the ill-advised effect of writing into contracts language that is not there. This makes for great uncertainty in determining whether, for example, the consent of a power offtaker may be required under a power purchase agreement -— a key point of analysis in any project company sale.

2. When Liabilities of a Limited Liability Company Aren’t Limited.

The doctrine of “piercing the corporate veil” is an exception to the general rule that shareholders are not liable for corporate debts.

Although the doctrine of piercing the corporate veil has long been in effect, people often are unaware that courts in some jurisdictions have applied the doctrine to limited liability companies.

The issue becomes relevant to a buyer who purchases, for example, a holding company with two separate project subsidiaries, one of which is performing well, and one of which is a marginal performer with potential upside but also contingent liabilities. The credit analysis will be one thing if the buyer believes that the assets of the performing project may be vulnerable to creditors of the marginal project and quite another if the buyer believes that the two projects will treated separately as standalone projects. The determination as to which approach is most appropriate will depend in part on a veil-piercing analysis of the relations between the projects and their common parent. The fact that the projects are held in limited liability form does not necessarily insulate them from a veil-piercing analysis.

3. When the IRS May Attach Assets of a Company That Doesn’t Owe Taxes.

A subsidiary that is a member of its parent’s consolidated tax group has joint and several liability for taxes of the consolidated group. This liability continues for pre-departure periods even after a consolidated subsidiary leaves the tax group. The result is that the Internal Revenue Service can file a tax lien against the assets of a former consolidated subsidiary even after it has left the group via sale to an unrelated party. Therefore, it is not uncommon for a parent seller to indemnify a buyer against consolidated tax group liability. However, buyers may view the tax indemnity of a struggling seller skeptically, since the indemnification obligation will be an unsecured claim if the seller files for bankruptcy and the bankrupt seller is unable to satisfy the IRS out of assets of the bankrupt estate.

While a due diligence review of the parent’s financial condition may provide some comfort, it is unlikely that the cope of review will extend to sensitive tax liability issues of the parent’s consolidated group. The seller will not allow it due to legal privilege concerns. A buyer that is uncomfortable with a seller’s overall financial condition may require that the equity purchase be restructured as an asset purchase as a condition to proceeding with the transaction.

While newer projects are typically held in partnership or limited liability company form, occasionally some older projects are held in corporate form due to regulatory or other restrictions. In secured lending transactions, these corporate-form projects present special reason for concern because foreclosure on the stock of a project company borrower (which may otherwise be more desirable for the lender than an asset foreclosure) will not insulate the project company from attempts by the IRS to attach “after-acquired property” of the project company. Under the tax laws, the holder of a perfected security interest in “property in existence” generally has priority over a subsequently filed IRS tax lien. The “property in existence” requirement has been construed by the IRS to mean that “after-acquired property”— that is, property acquired after the notice of tax lien is filed — is not protected by the security interest as against the IRS lien even if it is protected from claims by other creditors. The IRS has taken this position even where the contract rights pursuant to which the receivables are earned are subject to the security interest.

The IRS has had a poor track record in defending this position in the courts. However, despite its lack of success, it has shown no sign of retreating from its position, and lenders may want to consider certain protective mechanisms to mitigate the risk.

4. When a Project Company with No Pension Plan May be Liable for Unfunded Pension Liabilities.

Most project companies do not technically have employees. Typically, employment services are provided under an operations and maintenance agreement or a management services agreement. Therefore, employment related liabilities do not generally rank high on the list of concerns of buyers or lenders to a project company except in the context of reviewing the relevant contracts.

However, there are circumstances under which the project company may be subject to employment-related liabilities even though it does not have, and has never had, employees. Under the Employee Retirement Income Security Act of 1974, or “ERISA,” each entity within a “controlled group” is jointly and severally liable for certain pension plan liabilities of related entities within the controlled group. A controlled group is generally defined as including chains of entities connected by at least 80% ownership (including indirect ownership through trusts and similar devices). Entities within a controlled group are often referred to as “ERISA affiliates.”

The issue of ERISA-controlled group liability can be readily dealt with if the due diligence review confirms that there is no defined benefit pension plan within the controlled group and that there has been none within the past five years. If there has been such a plan, then further due diligence, contractual representations and indemnities may be appropriate to provide comfort to the buyer of, or lender to, a project company that the project company will not incur liability associated with pension plans in which its employees never participated.

5. When a Senior Perfected Lienholder May Not Be Able to Foreclose.

In the typical financing context, lenders generally are more concerned about the effects of a possible project company bankruptcy than the effects of the possible bankruptcy of other lenders to a project. However, where corporate loans have been made by an affiliate to support a project, it may be appropriate for a senior lender to consider analyzing its rights and remedies in case the affiliated junior lender files for bankruptcy.

The five issues covered in this article are traps for the unwary. They show the need for buyers and lenders to do a careful analysis of whatever rights other companies with ties to the project company might have before closing.