The US District Court for the Southern District of New York dismissed all challenges brought against New York’s nuclear generation subsidies and upheld New York’s Zero Emissions Credits (ZECs) program established for Exelon’s three upstate nuclear facilities (R.E. Ginna, FitzPatrick and Nine Mile Point). Exelon stands to gain some $7.6 billion in subsidies over several years.
The court said that the ZECs “do not directly adjust, alter or affect the wholesale rate” of electricity. The court further said that there is no “principled basis to hold that the ZEC program is preempted even though its sibling REC program is not.” 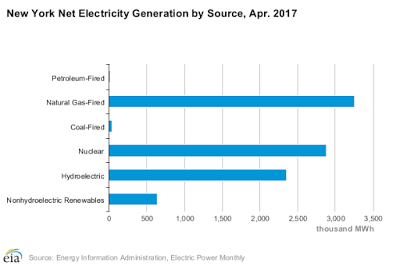